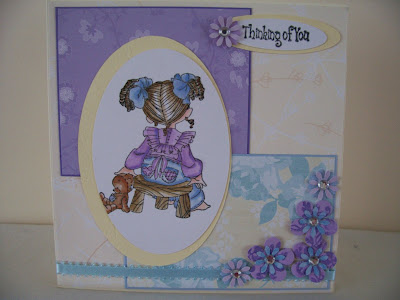 This card is for :-
1. Roses On Paper - challenge # 20 - Lavender, soft blue and cream
2. Stamp Something - Something with your favourite stamp and using diecutting or punching tools
3. Simon Says Stamp - sketch

There was an odd moment today while I was making this card, my son was watching and touching as usual when out of the blue while I was painting the image he said "I like her". "Do you love, why?" I said. To which he replied "She's called Annie and she's in my class at nursery". Now my son dosen't start Nursery till next Tuesday, and as far as I know there is no Annie starting his Nursery, he has been once to look round but didn't meet any other children while we were there. As the image is actually a Belles 'N' Whistles stamp and she's called Belle, just between me and my son, I am now renaming my stamp Annie.
I tried something a bit different today with my flowers, instead of using patterned paper, I used plain card and stamped flourishes on in a contrasting coloured ink.
Roses On Paper gave us a beautiful colour combo which was Lavender, Soft Blue and Cream The colours look so pretty together I really enjoyed using them.
Stamp Something want to know what your favourite stamp is by using it on this challenge. Belle and Teddy is my favourite even though it is new, I've just really taken to it. They also asked us to include the use of die cutting tools or punches, I used both a cricut and punches.
Simon Says stamp offered us a brilliant sketch to use, only thing is I don't have a leaf punch or anything on my cricut to cut leaves so used extra little daises instead, just to fill out the corner a bit.
Posted by Tracy at Tuesday, September 08, 2009 12 comments: 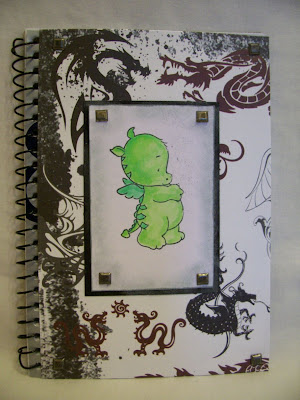 I made this notebook today, for my eldest son Scott, he went for his first ever filling and he's 13 years old and was so brave with the injection and everything. He returns to school on Monday so hopefully the notebook will come in handy. I tried to do grown up, masculine but he's still my baby so there had to be a bit of cutie somewhere. The square brads which are a worn metal look kept it more masculine. I did however refrain from using any sparkle Ouch!
Cute Card Thursday was back to school and this is what I made the notebook for. And C.R.A.F.T. was anything but a card, so it all ties in. The stamp is what my son bought on Saturday but the dragon is holding a flower and has a butterfly too. But I masked them parts to keep it boyish, It's called SMOOKIE. Thanks for letting me borrow it Scott.
Posted by Tracy at Thursday, September 03, 2009 7 comments: 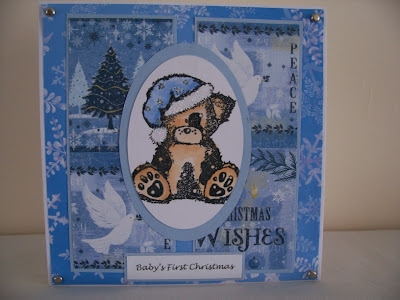 This card looks much darker on the photo, it's going to be for my neighbours grandson and as you can guess it will be his 1st Christmas. It's got one of my favourite things on sparkle, on his hat. Stampin For The Weekend challenged us with "Anything Baby Goes" such as new baby, first baby, christening. So I thought Baby's 1st Christmas. And with a great sketch from Sunday Sketch and Stamp it all fell into place perfectly.

In Loving Memory Of My Son Scott, who sadly passed away 6th July 2018 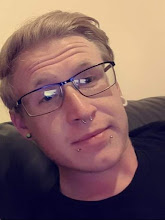 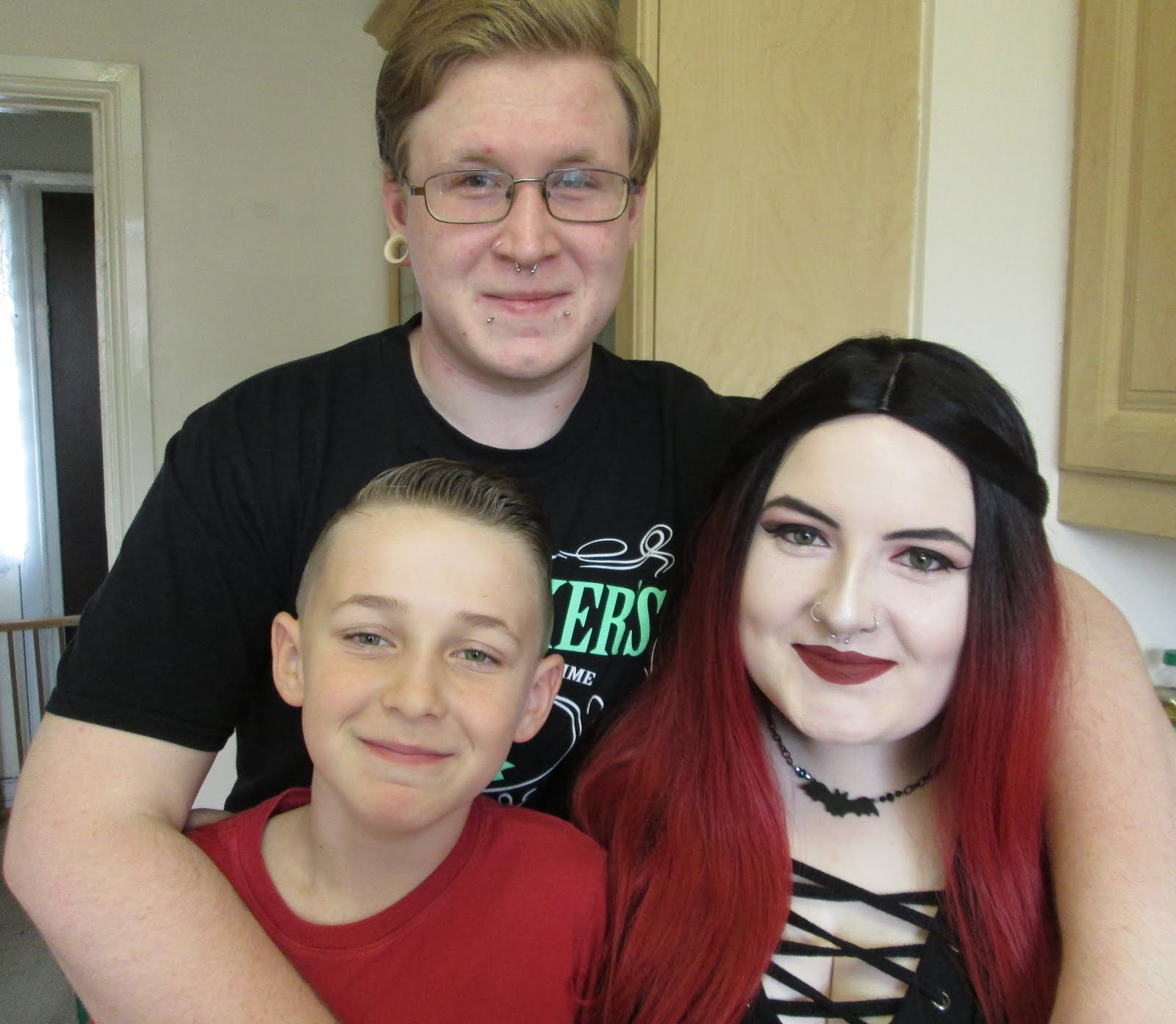 Welcome to my blog, thank you for spending a little of your time looking at my blog. Please leave a comment so i know you've been, Thank you.

Tracy
I have a lovely hubby John of 26 years and I'm Mum of three gorgeous children, Scott who would be 25 ( who has sadly passed away on 6th July 2018), Jodie 22 and Bobby 1. And four cats and three dogs, all so adorable. I started crafting in 2008 and started my blog in 2009. I just love rubber stamping and getting inky so much, and I love blogging because every time I log on i'm inspired by so many talented crafters. I am at present part of three lovely deisgn teams, Stamping Sensations,We Love Chocolate Baroque, and Allsorts. I also am a DT member for Chocolate Baroque stamp company, I feel very proud to be part of them and with so many very talented ladies too. I am also very proud of being runner up in the magazine Papercraft Essentials, Papercrafter Of The Year 2013. Please stop by if you can. Thanks, hugs Tracy x